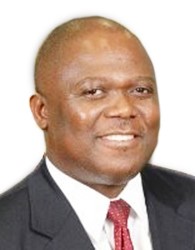 Earle Charles’ career over the past five decades was specifically in leadership in the community as well as in business. He spent most of the past two decades working in the Health Care business sector as both Chief Operating Officer as well as Chief Information Officer for both Kedren Health and Clare|Matrix in Los Angeles and Santa Monica respectively.

In both firms Earle’s responsibilities were voluminous but minimally included managing customer and vendor relationships; developing and implementing business strategy; aligning information technology with business strategy; assuring business revenues streams and the like.
Prior to Kedren and C|M, Earle held several senior executive operational positions such as President and CEO of Bauerer International Inc.; Senior Vice President and General Manager of Unicom Systems International; Executive Vice President and co-owner of The Paragon Collection, Ltd.; Executive Director of The Valley Youth Conference; President of the North Valley Golden Bears; President of California Caribbean Chamber of Commerce, among others.

Earle’s most cherished formal education experience was on his journey towards earning an Executive MBA from the Peter Drucker School of Management of the Claremont Graduate University. The classes he took with Peter Drucker himself were beyond compare… however the whole experience of being in classes with executives from other companies… problem solving together was immeasurable.