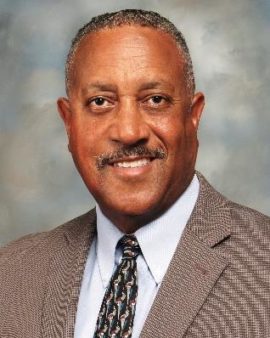 On November 8, 2018, Clark D. Rucker was named a finalist for the 2018 Amelia Earhart Award in acknowledgment of his accomplishments and contributions to The Boeing Company and to the Amelia Earhart Society. For the past 14 years, Rucker, has given back to the next generation of scientists, working with high school students, mentoring robotics clubs, offering advice about college and internships, and assisting college students in creating their resumes and other career advice. Rucker is a Board Director of the Gamma Zeta Boule’ Foundation where, among his many contributions, he champions the foundation’s annual March STEAMposium. He has also received two Global Diversity & Inclusion awards for his volunteer work as the vice president of the Boeing Black Employees Association. Rucker remains very involved at Cal Poly Pomona and currently serves as vice president of the Cal Poly Pomona Alumni Association’s Black Alumni & Friends chapter. For his support to Cal Poly, Rucker was awarded the College of Engineering Distinguished Alumni award in 2017 and is being honored in March of 2019 as a College of Engineering Hall of Fame recipient.