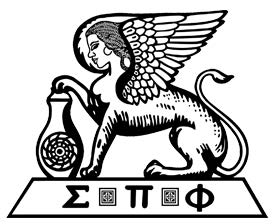 In 1984, Archon Hackley Woodford, a Kaiser physician and a longtime member of Sigma Pi Phi Fraternity’s (the Boulé’s) Xi Boulé (Los Angeles Chapter) realized that Pasadena, California, which had a thriving population of black professionals had no presence of the Boulé. He set out to fill that gap and searched for potential candidates. His search lead him to identify 11 congenial professional men to fill the gap. The group first met in the home of Archon J. B. Singleton, a local dentist, who lived in Pasadena, California, who was also a member of the Fraternity’s Xi Boulé. After several meet and greets, Dr. Woodford requested permission from Sigma Pi Phi Fraternity to induct the candidates for membership and to charter a new member boulé in Pasadena, California. On July, 8 1984, Archons Ernest Samuel Crew, Herman Fitzherbert Davis, Richard LaVerne Goode, Jay Rosenwald Jackson, Julius Johnson, Vernon Dudley Jones, Benjamin Moultrie, Rodney Armand Richard, Paul Earl Scranton, Jr., Harold Edward Smallwood, and Everard Horton Williams were inducted as Archons and Gamma Zeta Boulé was chartered.

The youngest inductee, Archon Julius Johnson, was 33 years old and single. Eager to advance the cause of the Boulé, Archon Johnson worked to develop Gamma Zeta Boulé and build its membership. Shortly after his induction, Archon Johnson befriended Archon James Johnson, another Pasadena, California resident, who would shortly thereafter be inducted into Gamma Zeta Boulé. Both men possessed an uncanny zeal for the Boulé and the Pasadena community. James and Julius, though not blood related were called “Brothers Johnson”. They worked on several projects together within the Boulé, including organizing the Pacific Regional Boulé in 1997, which was the first ever regional boulé conducted aboard a cruise ship. Julius was eventually elected to the office of Pacific Region Boulé Sire Archon (President). During his term of office, James and Julius worked together to set apart and charter Delta Xi Boulé in Diamond Bar, California
Julius and James often discussed the importance of education and the need for youth to enroll in and complete a college/university education. In 1998, they determined that the Boulé could be a catalyst to drive transformative change in the community by raising money to support African-American high school students’ pursuits of higher education. Their vision was realized on April 30, 1999, when GZBF was incorporated in the state of California. The Foundation’s initial officers were Julius Johnson, CEO, James Johnson, Secretary and Archon Shaferq Shahsid’deen, CFO, all of whom were members of the Gamma Zeta Boulé. Additional board members included Archons Charles Richardson, a lawyer, Willis Mckesson, a banker, Sterling Williams, a business man, William Hutchinson, a rocket scientist, and Robert Holloman, a local dentist. 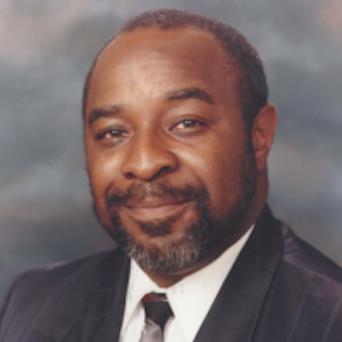 To make the Foundation operational, each member of Gamma Zeta Boulé donated $100 as an additional contribution when paying his annual membership dues. Between 1999 and 2005, the Foundation awarded individual scholarships. In that same year, the Boulé launched a national campaign to “Save Our Young Black Men” from academic extinction. In response to the call to action, Archons Raymond Ealy, James Johnson and Harlan Ward, members of Gamma Zeta Boulé, united to develop and launch a scholarship luncheon to provide financial assistance to African American high school male students in need who wanted to attend a college or university.

The inaugural luncheon was held in 2005 at Brookside Golf & Country Club. The second annual luncheon was held in 2006 at Ruth’s Chris Steak House. The third annual luncheon, which was the first to welcome the attendance of the general public, was held in 2007 at Twin Palms Restaurant. Honorable William J. “Bill” Bogard was the keynote speaker to an audience of nearly 350 guests. Two years later, in the fall of 2009, in acknowledgment of the rich talent, relationships and resources possessed by members of the Boulé, GZBF’s Leadership, Achievement, Management and Professionalism (L.A.M.P.) Mentor program was launched.

One of the marks of the L.A.M.P. Mentor Program’s success is the fact that alumni who have graduated from high school and enrolled in college come back to share their stories of success with the students that are currently in the program and also donate money toward the GZBF L.A.M.P. Mentor Program Scholarship Fund. If you have not yet done so, come out to one of the monthly gatherings and witness the greatness of our future in these remarkable young Black men.