Each year since 1976, during the month of February we celebrate Black History Month to coincide with the birthdays of Frederick Douglass and Abraham Lincoln. One of the byproducts of the celebration of Black History Month is the knowledge shared by historians and educators about the contributions of African Americans to the history of the United States of America.

Though some of these historic facts about Black people in America are known to many, some facts might not be that well known to all. Therefore, in this article, we will share a few facts about OUR history in America as we lift up our voices to say to all of America… Black History is America’s History that must be acknowledged daily, not just in the month of February. 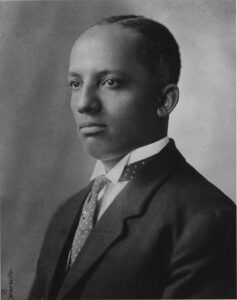 Black History Month: The celebration of Black History Month began as “Negro History Week,” which was created in 1926 by Carter G. Woodson, a noted African American historian, scholar, educator and publisher. It became a month-long celebration in 1976. The month of February was chosen to coincide with the birthdays of Frederick Douglass and Abraham Lincoln.

NAACP: On February 12, 2019, the NAACP marked its 110th anniversary. Spurred by growing racial violence in the early 20th century, and particularly by 1908 race riots in Springfield, Illinois, a group of African American leaders joined together to form a new permanent civil rights organization, the National Association for the Advancement of Colored People (NAACP). February 12, 1909 was chosen because it was the centennial anniversary of the birth of Abraham Lincoln.

First Lawyer: John Mercer Langston was the first Black man to become a lawyer when he passed the bar in Ohio in 1854. When he was elected to the post of Town Clerk for Brownhelm, Ohio, in 1855 Langston became one of the first African Americans ever elected to public office in America. John Mercer Langston was also the great-uncle of Langston Hughes, famed poet of the Harlem Renaissance.

Famous Protestors and Activists: While Rosa Parks is credited with helping to spark the civil rights movement when she refused to give up her public bus seat to a white man in Montgomery, Alabama in 1955—inspiring the Montgomery Bus Boycott—the lesser-known Claudette Colvin was arrested nine months prior for not giving up her bus seat to white passengers.

Supreme Court Justice: Thurgood Marshall was the first African American ever appointed to the U.S. Supreme Court. He was appointed by President Lyndon B. Johnson and served on the court from 1967 to 1991.

First Senator: Hiram Rhodes Revels was the first African American ever elected to the U.S. Senate. He represented the state of Mississippi from February 1870 to March 1871.

Self-Made Millionaire: Madam C.J. Walker was born on a cotton plantation in Louisiana and became wealthy after inventing a line of African American hair care products. She established Madame C.J. Walker Laboratories and was also known for her philanthropy.

Oscar Winner: In 1940, Hattie McDaniel was the first African American performer to win an Academy Award—the film industry’s highest honor—for her portrayal of a loyal slave governess in Gone With the Wind.

First Professional Black Baseball Player: On April 5, 1947, Jackie Robinson became the first African American to play Major League Baseball when he joined the Brooklyn Dodgers. He led the league in stolen bases that season and was named Rookie of the Year. 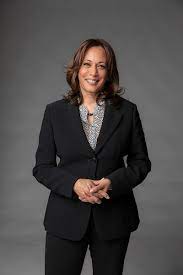 First Black Vice President: In January 2021, Kamala Harris became the first woman and the first person of African or Asian descent to become vice president. Harris’s mother immigrated to the United States from India and her father immigrated from Jamaica, West Indies.

Slave-Civil War Hero-U.S. Congressman: In the midst of the Civil War, Robert Smalls, a Black male slave commandeered a Confederate ship and delivered its 16 Black men, women and children passengers from slavery to freedom. He went on to be elected to the U.S. House of Representatives five times from the State of South Carolina.